I’m back in Kyoto, and it’s almost midnight. I feel like I’ve returned back to my home after a holiday. I suppose because Mundo feels like a family, and I feel so welcome and comfortable here.

Today I woke up to some construction-sounding noises. I wasn’t sure if they were coming from an actual construction site, of if the people in the room net door were just being exceptionally loud. It was only 7, but I couldn’t go back to sleep, so I got dressed and went downstairs for breakfast. I was actually kind of hungry, because I hadn’t eaten much last night, but I wasn’t really prepared for the size of the meal that was placed in front of me. Yesterday I was given the choice between Japanese and Western breakfast, so of coures i chose Japanese. This is what that choice entailed…

Wow. There was rice, a raw egg, nori strips, pickles, some niku-jaga made with naruto sweet potatoes, miso soup, grilled fish, some kind of roe with wasabi and spring onion, fish cake pieces, and some vegetables and tofu cooked in a little ceramic pot (which had a candle underneath that the waitress lit.) What a feast. I used the egg, rice and nori to make tomago-kake-gohan, which is raw egg and soy sauce on top of rice. Everything was really tasty, and I ate it all. I felt really full after, and had to sit for a little while before I could get up. I’m so used to having a light breakfast!

After that feast, I checked out and walked along the river towards the station. The river was such a beautiful colour, and the water was flowing and rolling along at a gentle pace. Do you remember how when you were a kid, you would draw waves that squiggled gently up and down? That’s exactly how this river looked. It was so peaceful. The cherry blossoms were in full bloom, and their pale colours looked amazing against the colour of the water. It was impossible to capture on camera. 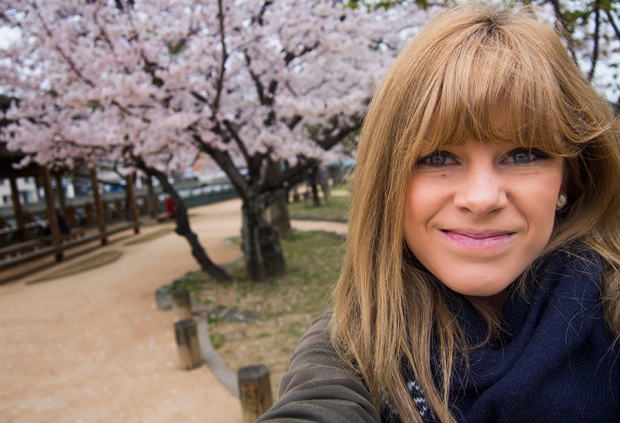 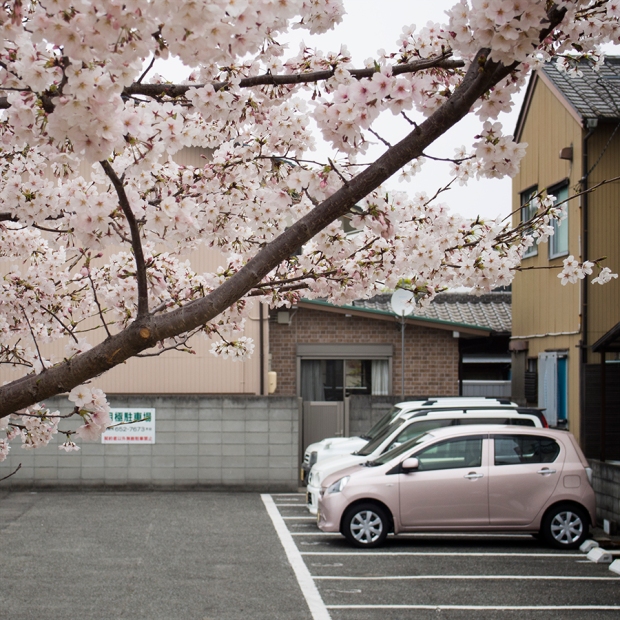 At the station, I planned to buy a ticket for the bus to Kyoto, then do some souvenir shopping and perhaps visit Tokushima castle or Tokushima park, before getting the bus. But when I went to to ticket counter, the lady told me that the next bus was leaving in five minutes, and the one following that wasn’t until 3. I made the snap decision to get the one that left in five minutes, and have the whole afternoon in Kyoto to prepare for Kumano Kodo. I didn’t want to have to rush this preparation, because hiking in mountains isn’t something you want to do unprepared. So I jumped on the bus, which cost 4100 yen, and spent the next 3 hours watching the scenery change from seaside town to bustling city.

I arrived at Kyoto station around 1pm, then walked back to Hostel Mundo, which took an hour. When I got there, everyone was glad to see me (especially the dog, Tida), and I spent some time chatting and sharing photos.

The rest of the afternoon wasn’t very exciting, because I was just planning schedules and downloading five million maps about the hiking trails. Also booking a hotel in Osaka for the night that I would finish the hike. Real thrilling stuff.

At 6pm, Kazuyo, myself, and another girl went to Nijo-jo to see it lit up at night. Around cherry blossom time in Kyoto, various temples and shrines hole this ‘Light Up’ event to show off the sakura. We bought tickets and went inside, where there was a route to follow which passed lit up bamboo totem poles, cherry blossoms, and other parts of the castle grounds. It was so beautiful, and I thought that the cherry blossoms looked like snow, or popcorn. The best part was a whole tunnel of cherry blossom trees that was lit up. It was pretty spectacular. I can’t describe it in words, so here are some pictures. 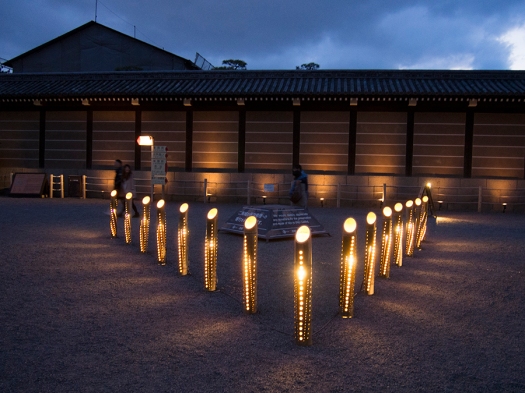 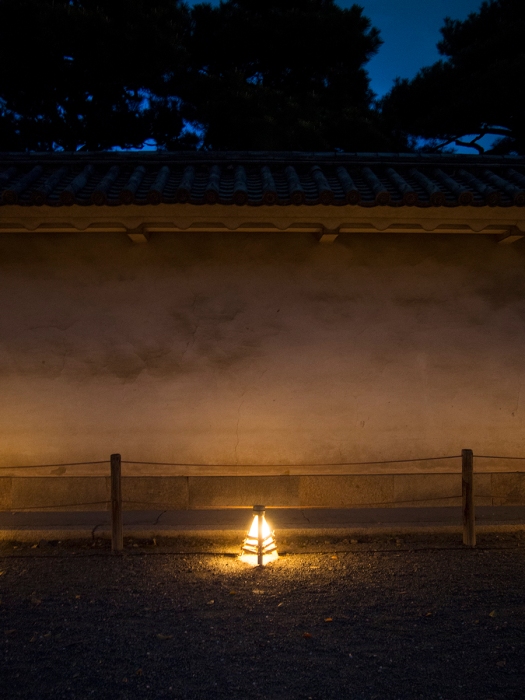 We stopped to buy food on the way home, then ate together in the common area. I had a salad, some bean and konnyaku things, some heated up burdock root dish, and two onigiri (one vegetable one and one yakiniku one.) Then I had some traditional Kyoto style sweets, which were awesome. Filled with anko, of course.

Tomorrow I will head off on a 5 day hike through the mountains of Wakayama prefecture. The hike is a traditional pilgrimage route, and I’ll work for 6-8 hours each day. I won’t have internet access at all, so you’ll have to wait a few days for another blog. Wish me luck! My legs will probably fall off by day two, but we’ll see. 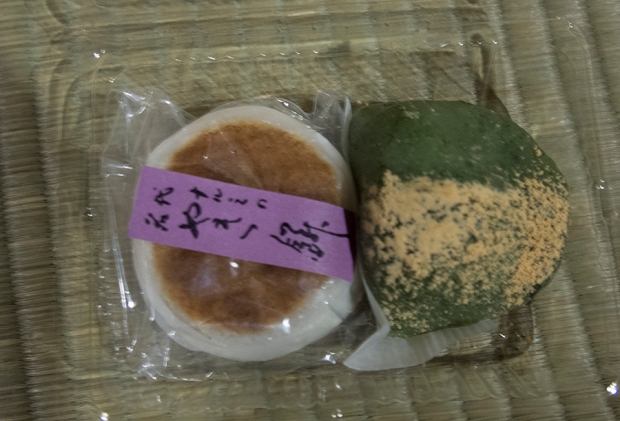 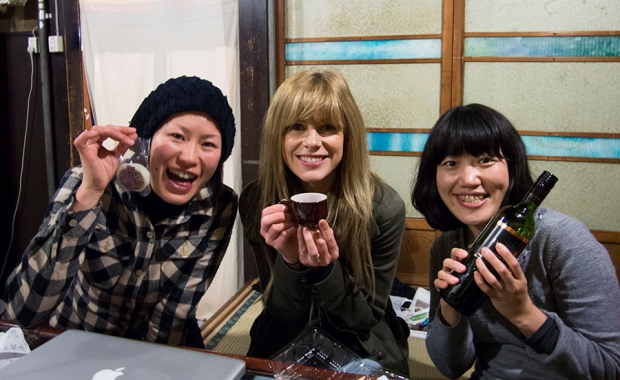